Xos Truck’s onboarding has been swift, and the team is already seeing the time-saving benefits and streamlining effect in their workflow, after using the platform for just two months! 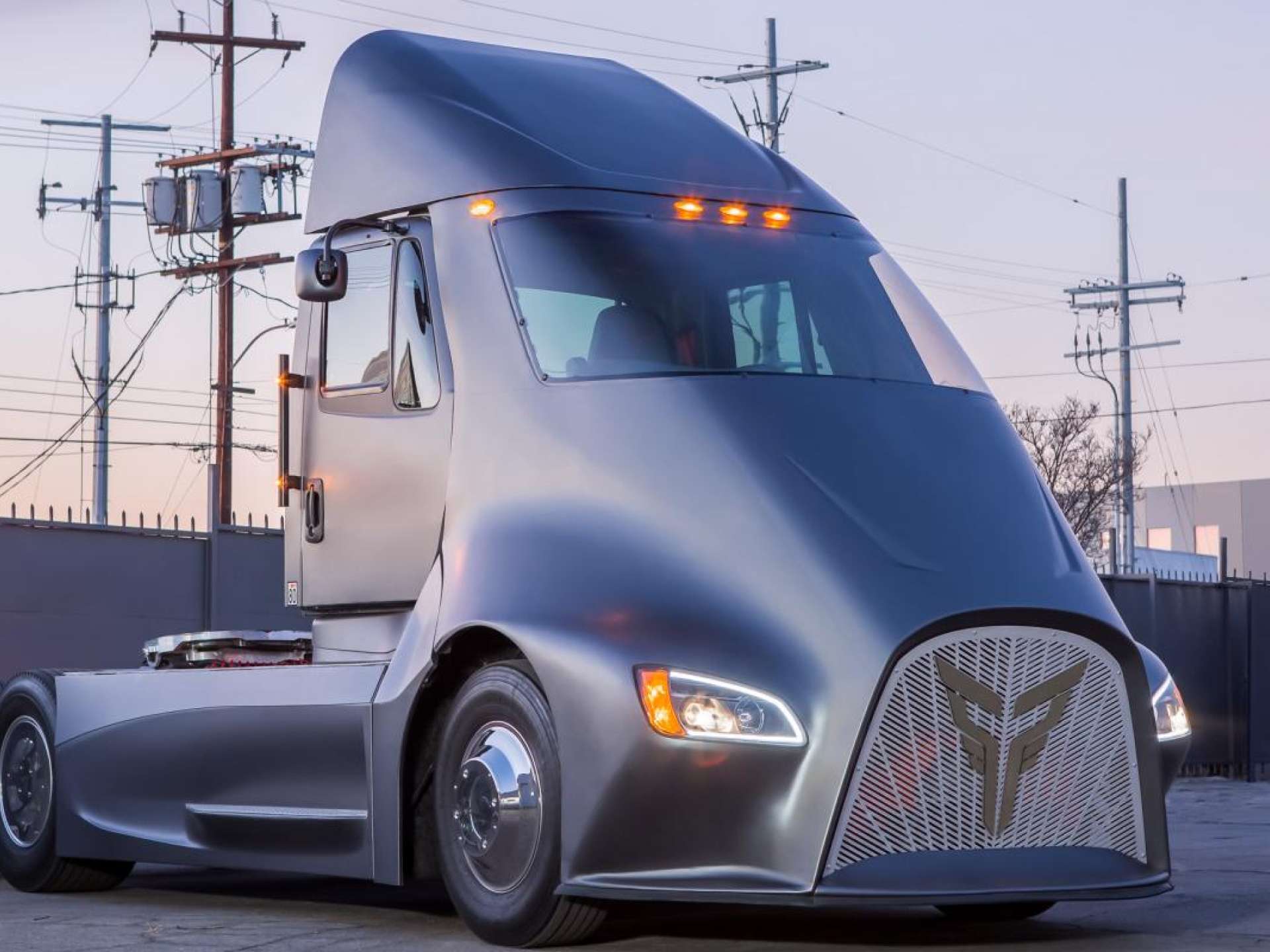 We wanted to share the real story about how the Xos team has found the onboarding process, how they are currently using the platform, and the benefits they are already seeing by doing so. Rohit Nimje and Tharun Dayalan, two of the users on the procurement team at Xos, have been smashing the RFx (Request for anything) process and wanted to share some thoughts with us.

One of the things that we at DeepStream pride ourselves on is our platform’s user-friendliness, and the ease at which our partners and their suppliers can be onboarded and begin communicating with each other. Having this confirmed by our partners is therefore all the more rewarding. Both Tharun and Rohit described the ‘smoothness’ of their onboarding. Tharun also pointed out that, reassuringly, “our suppliers also found it easy to use”, and Rohit attributed part of the ease of onboarding to our Customer Success Team, for being on hand to resolve any initial queries.

“It’s a very user-friendly platform, it’s much easier to use than other software solutions”

‍Having previously used emails to communicate with suppliers, both Tharun and Rohit were delighted by DeepStream’s ability to streamline the RFx (Request For anything) process. For Tharun, the biggest win for replacing emails was the ability to not have to worry about remembering which documents had been sent when, and to which suppliers. Rohit seconded this, and both of them praised our Template feature as the crucial tool which supported this.

Template you ask? Well, for those of you who are soon-to-be users but haven’t had the opportunity to try out our features, our Template feature enables request templates to be created from draft requests. This means that once a draft request is set up, it can be duplicated with all the necessary documents and details already uploaded. Making every-day workflows effortlessly frictionless.

Tharun and Rohit have excelled on the platform, and have now managed to build out templates for all the different types of requests that are currently live on the platform - a current total of 9 requests at once, and we’re told there are going to be many more to come!

A big part of the reason they’re able to run multiple requests at once is because; users can easily keep track of their supplier communication on the platform, can forget about horrible email attachments, and as a result of their Template organisation and the platform’s live updates - know exactly what documents have reached their suppliers, when it reached them, and what stage they’re at in the request. That’s what a streamlined RFx process reads like (you should try it out yourselves, FOMO can get real).

Communicating with their suppliers seamlessly in an intuitive and easy-to-use way has been another beneficial outcome of DeepStream. As Tharun acknowledged, Xos Trucks have a wide range of suppliers on the platform which is only going to grow bigger - so the fact that 70% of their suppliers signed up to the platform without any need for support is a testimony to our platform’s ease of use. As Tharun described it, DeepStream “solves the communication gap” that can occur between a supplier and a buyer during the tendering process.

The flexibility of DeepStream has also enabled Xos Trucks to meet their supplier’s needs quickly and without difficulty. For instance, Rohit described how easy it has been to change deadlines when suppliers have requested it. Similarly the ability to see when a supplier is in progress of working through the tender, what stage a supplier is at and how much of the actions they have completed in real time, has helped to keep track of the overall progress of the tender. The fact that all team members on a request are able to see the status of each supplier invited also facilitates internal communication and a transparent process.

With 15 users onboarded with DeepStream from Xos Trucks, and the potential of additional users as the company grows further - their team collaboration is something to be marvelled at. Again, our Template feature has been championed. The ability to create templates that can be shared across the team means that one person’s efforts contribute to the overall success of the team, encouraging collaboration. Tharun mentioned his colleague Kevin building out an RFQ, which now, Tharun can use as a template for his next RFQ! The conclusion?

Rohit and Tharun also identified the Template feature as hugely responsible for how much time they have saved by using DeepStream for their RFx processes. Saving time building requests, and bulk uploading documents. This has reduced their workload, meaning less energy expelled and more time to drive Xos Trucks’s success.

Another factor that has increased their efficiency is having all data collected in one place. Rohit highlighted the huge benefit that our Audit trail provides, and the ability to collect all information about a RFx. This was a personal point of pride for us, as one of DeepStream’s key motivations is encouraging transparency across industries, which our Audit trail enables.

In conclusion, as Rohit put it - he was driven to work for Xos Trucks because “it’s great to be part of a company with a futuristic goal”. We feel the same here at DeepStream as we strive to deliver the fastest and most user-friendly RFx platform ever, and we couldn’t be more excited to have Xos Trucks as part of our journey, and to be part of theirs.

Are you ready for a frictionless start to your RFx processes, like Xos Trucks? 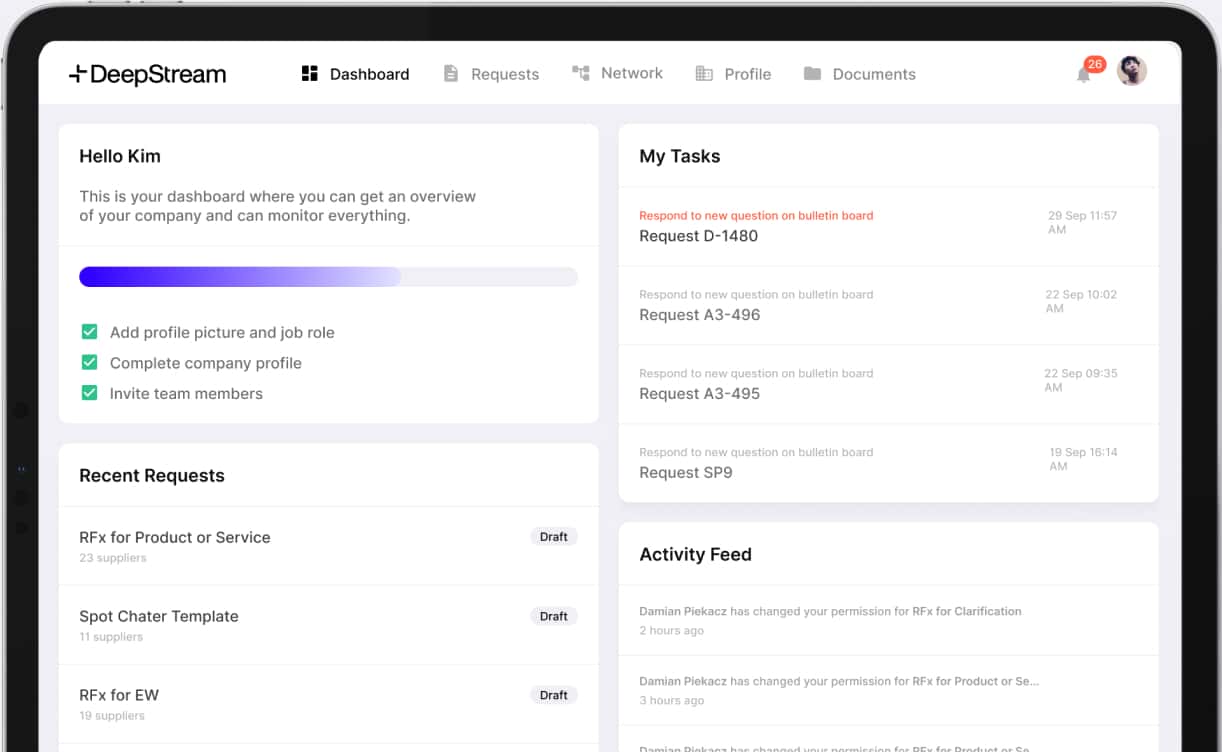 Talk to sales?
Get in touch. 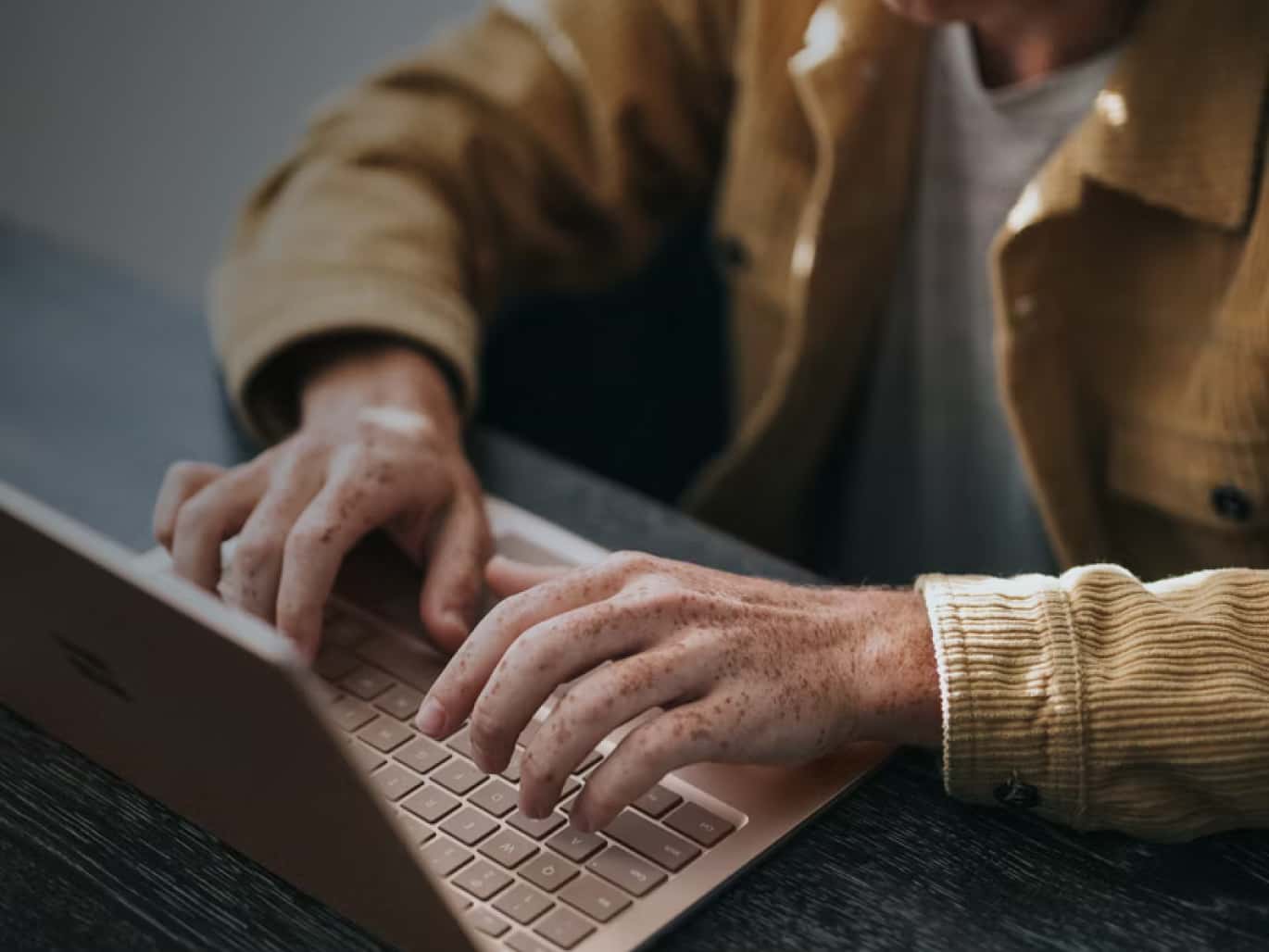